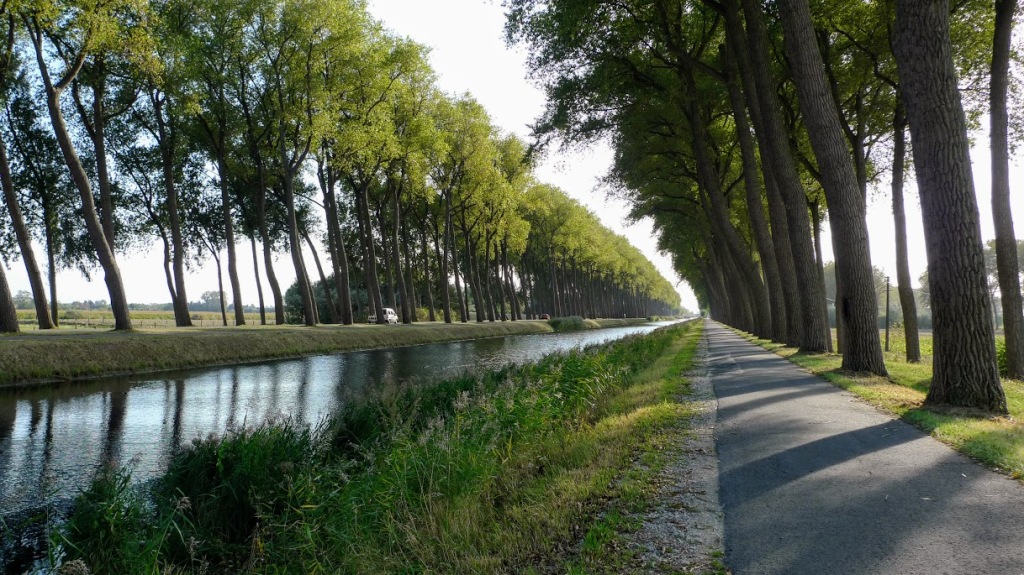 The weather was still very agreeable today, and although there were some clouds, there was a clear hint of a sunny day ahead. Usually, when the sun had risen higher in the sky, it would chase away the clouds, warming up the day.

After a quick breakfast, I packed up and went straight to the reception to pay the bill. Only thing was, this part of the world was pretty laid back and the manager had not arrived yet. Another man was there though; he didn’t speak English so he gestured for me to wait by putting up five fingers to indicate 5 minutes so I just hung around.

I was impatient to get on the road. Today I would be crossing into Belgium, and I’d hope to make Brugge (say bru-ger), or Bruges (say broojzh) depending on which country you came from, before sunset. I wasn’t quite sure of the distance but estimated it to be around 100km or so. It was going to be a pretty long day.

A woman arrived by bicycle a little later and I paid the 9 Euros for sleeping in an empty field and taking a dump in their toilet. I wondered if I should have just stealth-camped and save the money. It really wouldn’t have been much different.

I headed for Burghamsted, the next village less than 10km away. I found the supermarket and proceeded to stock up on food. When you’re on the road, it’s better to always have some food ready … just in case. I got the fresh milk that I just absolutely must have in the morning, and some bread. Water, on the other hand is never a problem – you can drink it straight from the tap. Saved me quite a bit of money. 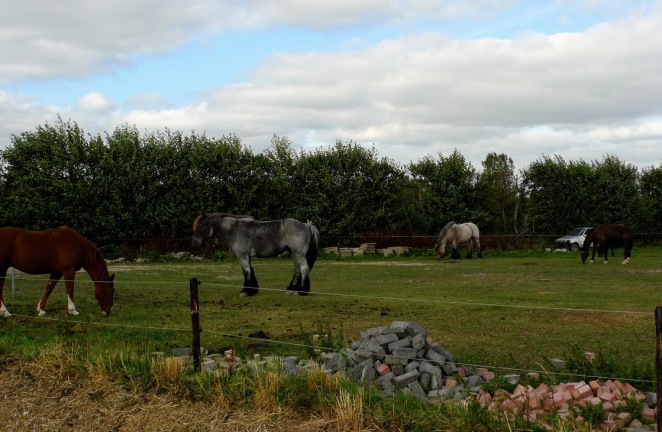 Rural landscape of Burghamstead, horses and all. 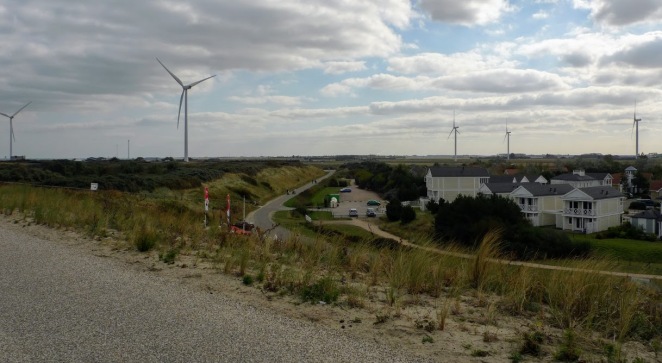 Continuing after Burghamsted, the path would wind through smooth paths, a dyke or 2, and sometimes gravelled dunes that were higher than the houses nearby 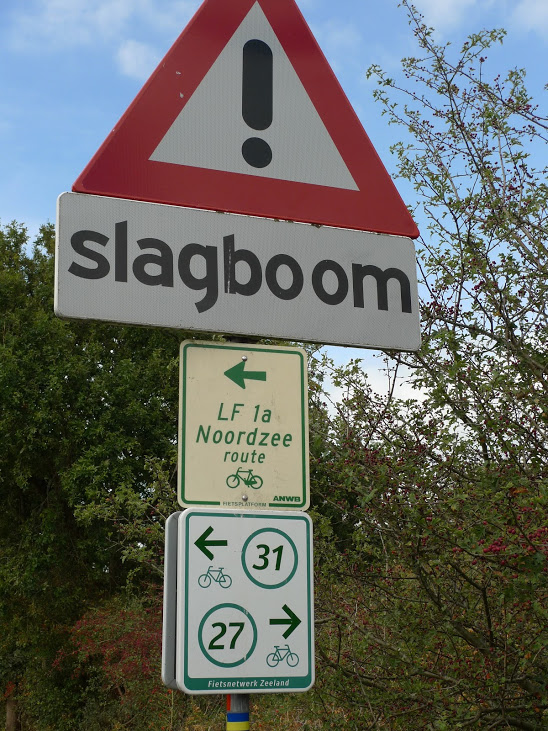 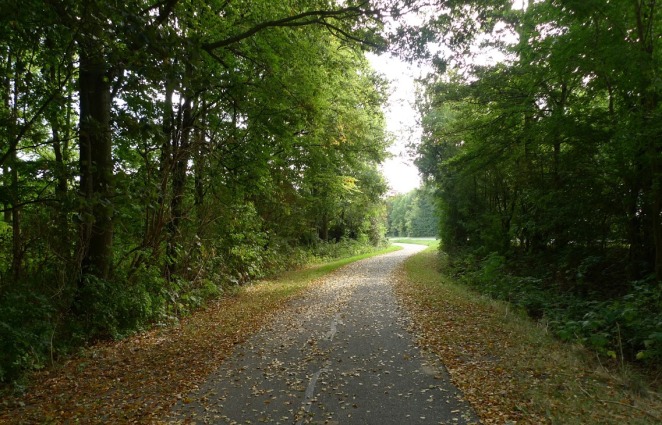 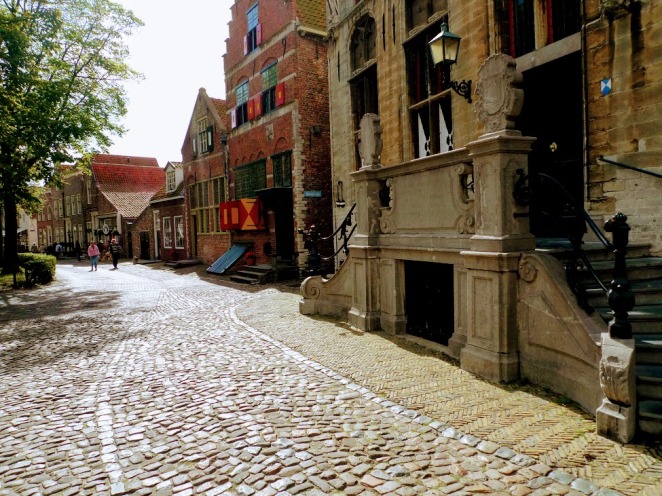 Following the LF1 A  faithfully would sometimes take you through very colourful settings, in this case, a small town with cobbled streets 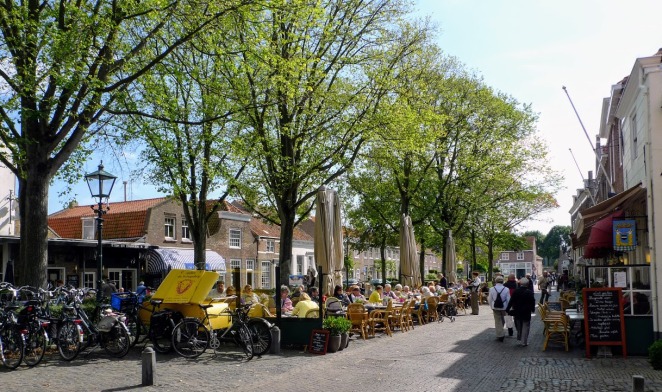 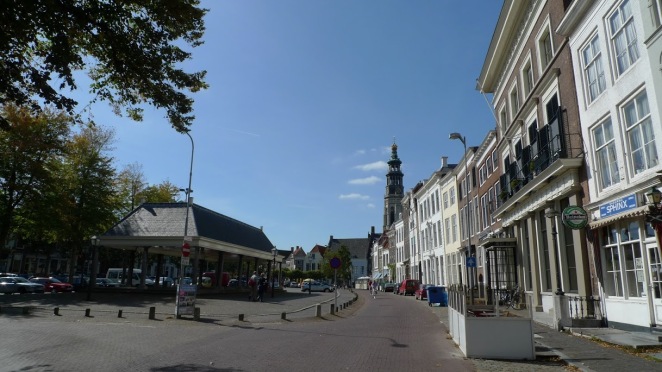 Passing through the town of Middleburg … 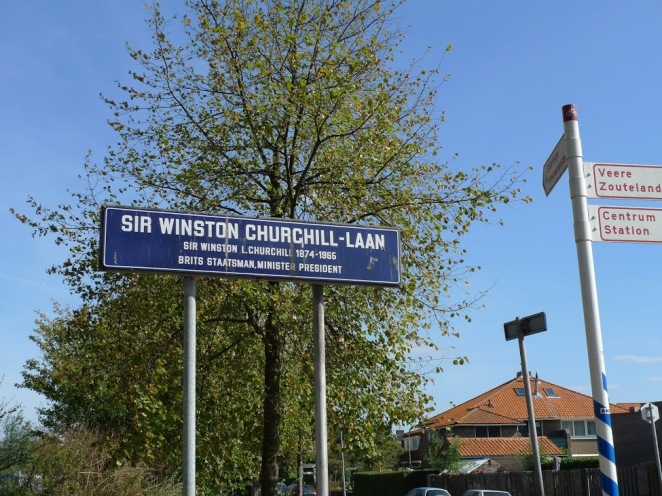 where Churchill is so revered, they named a street after him. 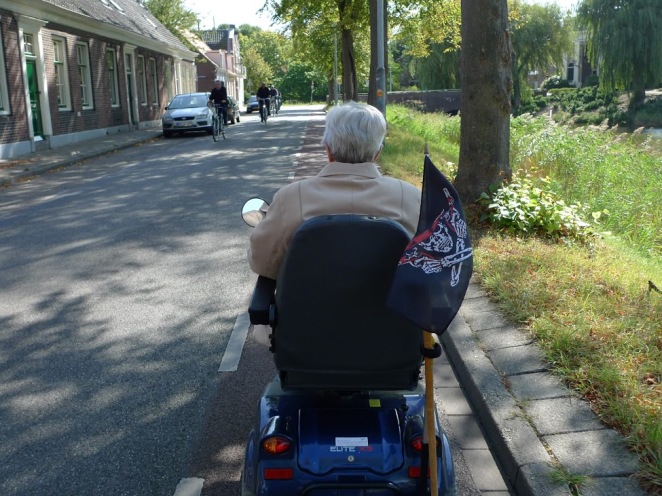 Interesting characters on the bike path. This one’s not an invalid, just an old pirate who gets around easier on her electric buggy. 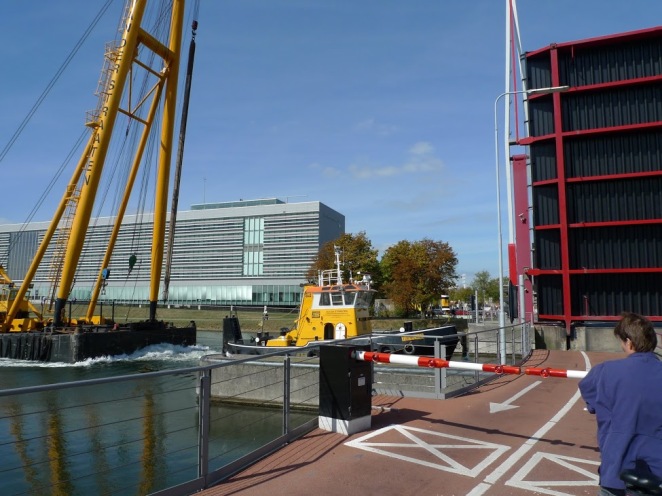 Canals inevitably means boats, which take priority when they had to ‘cross’ the road. Here, the middle span of this bridge is lifted to allow the tugboat pulling a massive crane of some sort to pass. 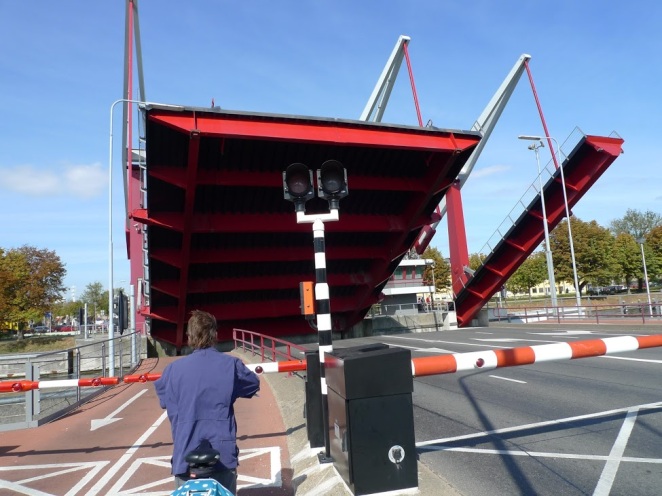 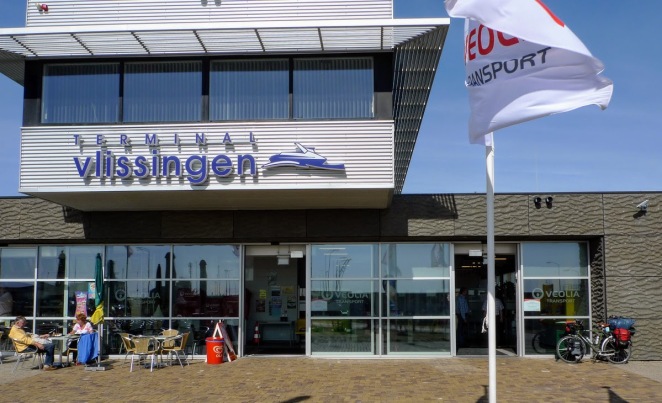 My next destination was Visslingen, a port just outside the town of Middleburg to take the ferry across to Breskens. It was a pedestrian-and-cyclist-only ferry and costs 3.5 Euro for the 30-minute crossing. 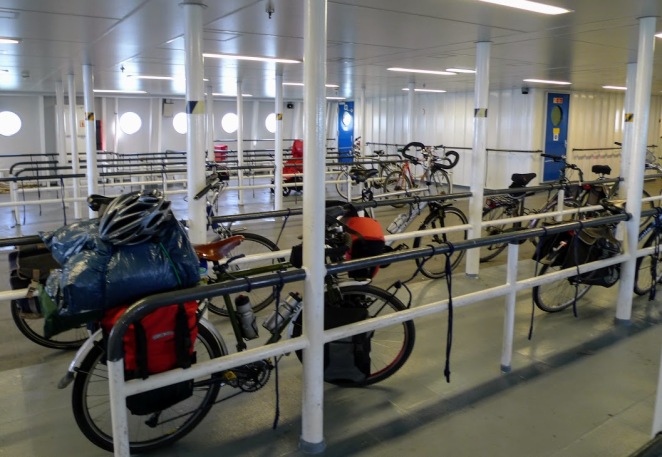 In the hold below, bikes are simply tied to railings with the ropes supplied 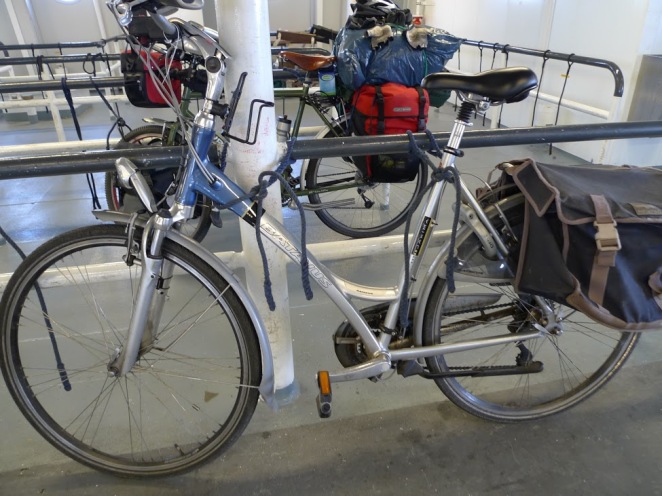 Typical bikes that the Dutch ride 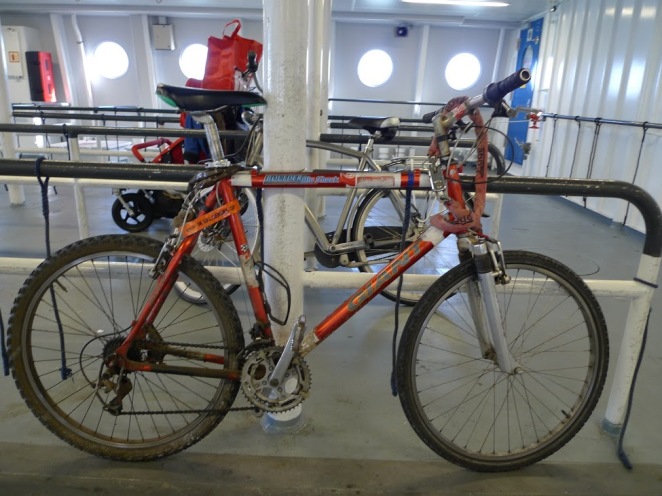 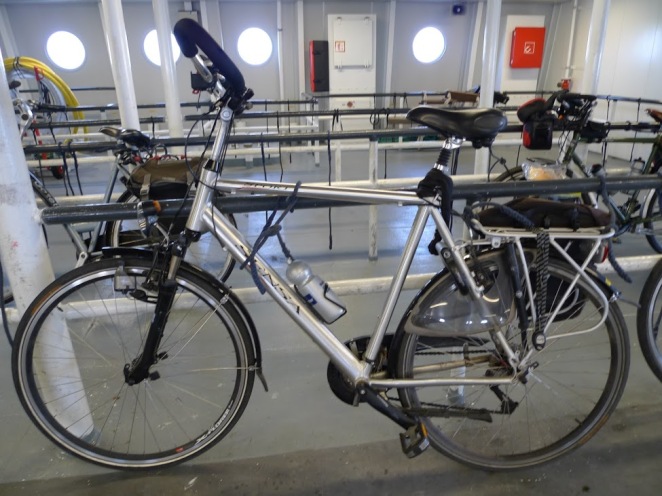 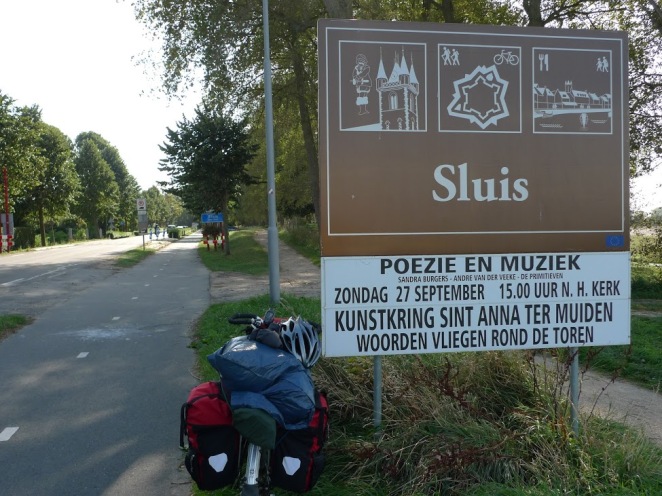 20 kms from Breskens, I reached the town of Sluis. 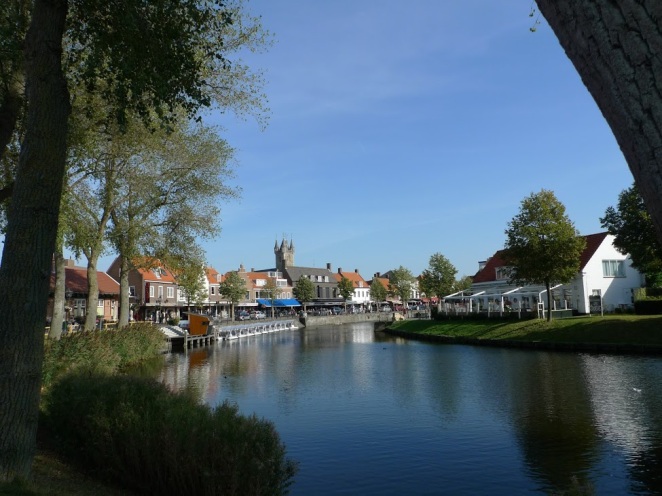 From Sluis, the plan was to ride along the canal all the way to Brugge, my destination of the day.

I patted myself on the back for being quite clever to have plotted my route through this town because all I had to do to get to Brugge from here was to simply follow the canal. Easy peasy…

In Europe, whenever there’s a canal, one can be sure to find a cycle path next to it and although I didn’t have any reference to this canal, I simply deduced as such from the Michelin map of northern Belgium (and a bit of France) that I had bought in Delft.

As Sluis, a rather popular tourist town, I stopped at a tourist information booth to confirm my plans and after that, I headed straight for the canal which passed through the town itself. One hour later, including a break for food at one of the many benches along the canal, I arrived at the UNESCO certified heritage city of Brugge, just 20km away.

10 minutes into the ride along the canal, I was already in Belgium, but as EU countries go, there really isn’t a border. Things just subtly change as you go along – the houses, the language (not that I could understand any of it), the number plates, the directional signs …. 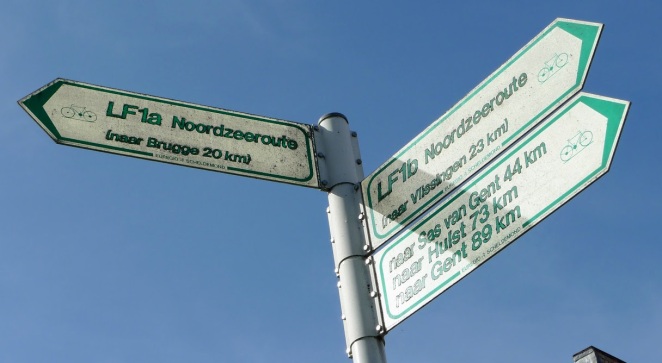 Brugge is just another 20km away 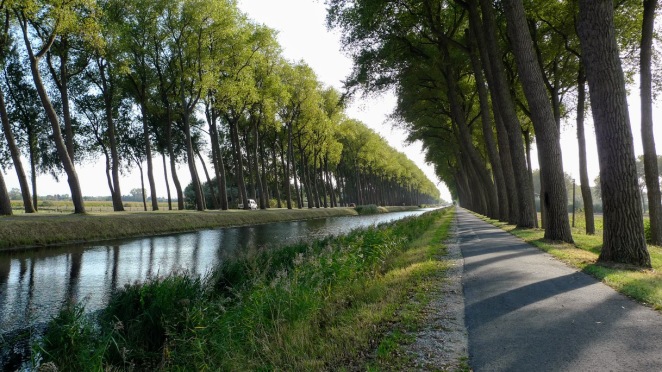 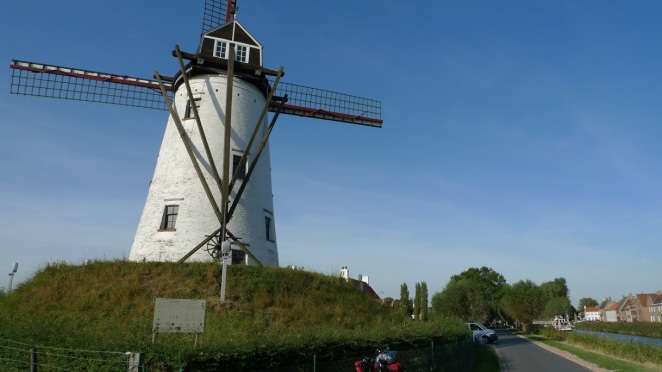 and the occasional windmill 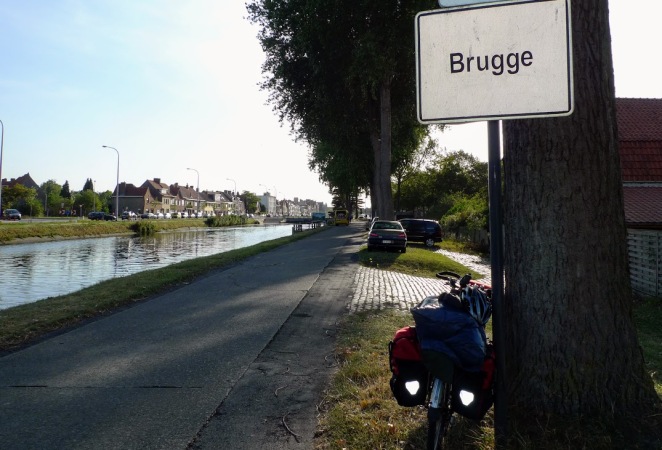 Finally, after 111km, I arrived at the town of Brugge 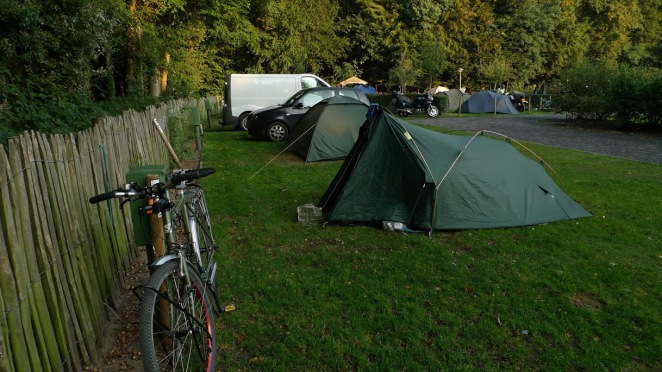 I headed straight for the campsite, the only one within city limits, and was pleasantly surprised by it. It wasn’t big, but it was fringed by tall, dense forest which apparently contained recreational cycling and jogging paths. Lovely, I thought and proceeded to pitch up my tent in what I though was a site for tents. The office had closed by now and as is usual of campsites, you just pitched your tent (or your mobile home) in an empty plot and register yourself the next day.

I had clocked 111km today, the longest distance in a single day since I began my tour. The wind had been quite cold and I was feeling a little knackered. I made a quick trip to the supermarket nearby, came back and cooked a simple dinner of rice with tomato, an egg, some simple seasoning, with some bread and cheese, and I had myself a little feast.

Tomorrow, I will check out ‘the best preserved medieval town in Belgium … or was it Europe? Anyway, sleep came real easy. It was cold that night, too…at least 6-7 degrees. Maybe it was because of the forest next door. Brrrr…. Good thing I had Aljoscha’s sleeping bag that Eva made me exchange for the one I had originally brought. Thanks Eva 🙂 It kept me warm and toasty inside.