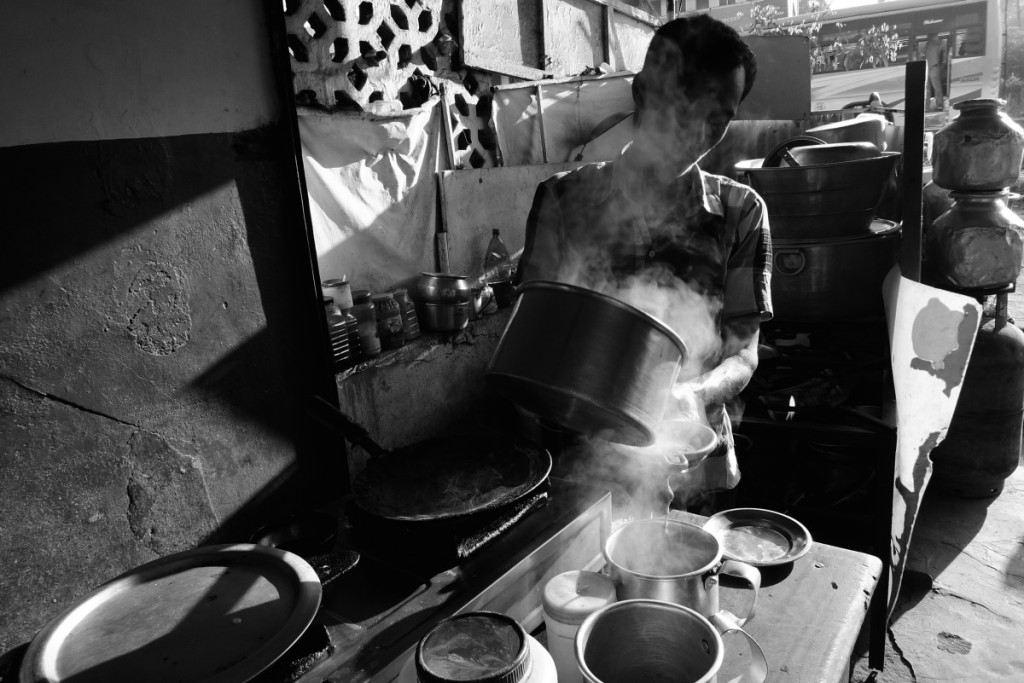 Today is the last leg of my Cochin–Udupi tour. It’s taken me a leisurely 11 days to cover an almost flat 500+ kms. Today’s distance is about 85kms so I’m on the road early by 7am, just as I promised the front desk of the hotel when I was given the special room rate that I bargained for.

END_OF_DOCUMENT_TOKEN_TO_BE_REPLACED

Breakfast is a simple affair at a little stall across the road from Dreamland. 2 pieces of apom, and a cup of Bru coffee, for only 38R. It’s a good enough start for my day. Anyway, I won’t hesitate to stop for a quick snack, and a cup of chai, when I see a tea-shop next. On the road, food is a constant. And it’s cheap.

500 metres down the main road, I see a turn-off. I’m hoping it will lead to the coast. It does.

Off the beaten track that’s off the beaten track… Out of curiosity, I turn off onto a sandy path leading towards the beach meandering between some houses. I decide to follow it. It’s hard going pedalling on fine sand.

I come across a bare-shirted man in front of his house. Surprised to see a cycle-tourer appear out of nowhere, he stops me for a chat. This is actually the norm in India. They are not an inhibited people; not shy talking to strangers, and definitely not camera-shy. The hand-operated pump in front is his only source of water supply. 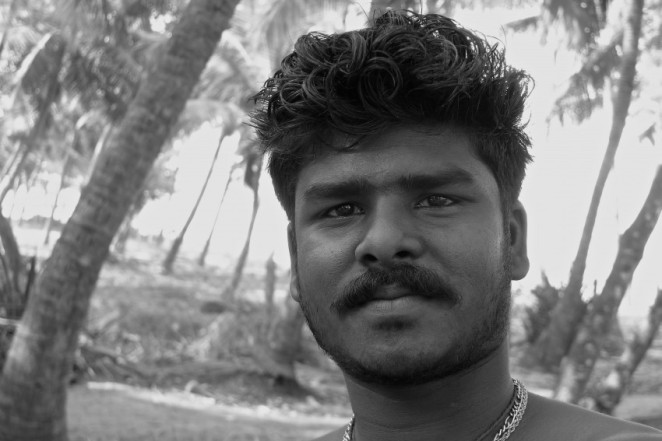 Soon, his neighbour comes out and join us. 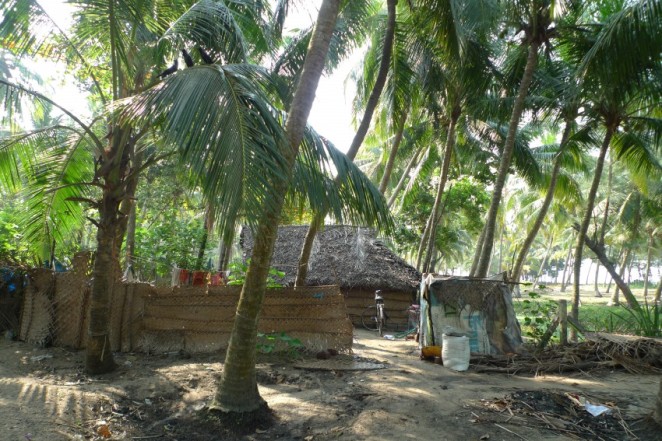 My new friends from Triprayar; Sunil (in shorts) is a scriptwriter and speaks fluent English. He invites me for tea in his home, but seeing as it’s getting on in the morning, I decide to continue my ride instead. Well, at least I know this will be a good spot to camp if I should come this way again.

Scenes along the coast ……….

Coconut Man comes down. Rewards me with one for watching his performance.

After I finish drinking the water inside, Coconut Man splits the fruit open with a deft chop of his special knife, slices off a piece of the shell which I then proceed to use as a spoon. Nifty…

Nice Coconut Man. The thing sticking out of the crook of his shoulder is his razor sharp sickle-shaped knife. 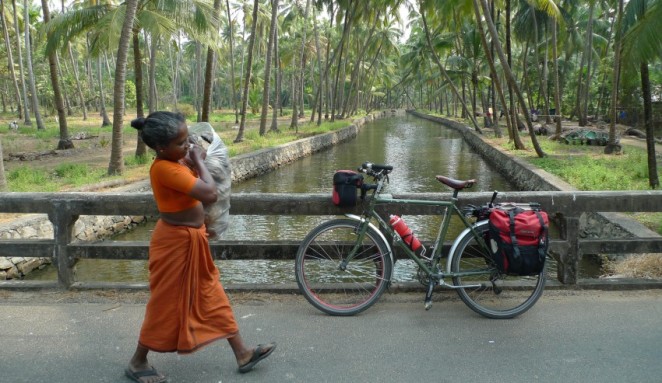 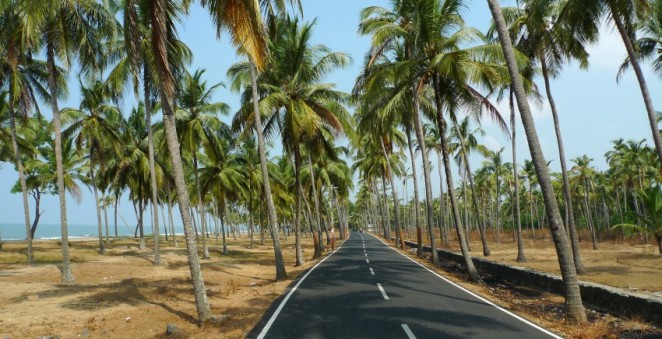 These coastal roads are some of the most beautiful I have ever ridden. 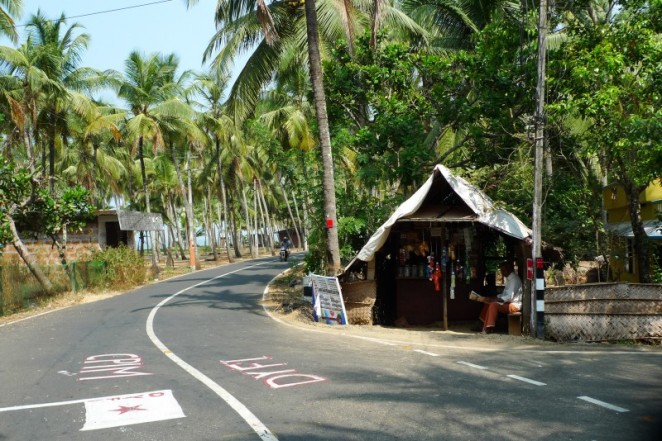 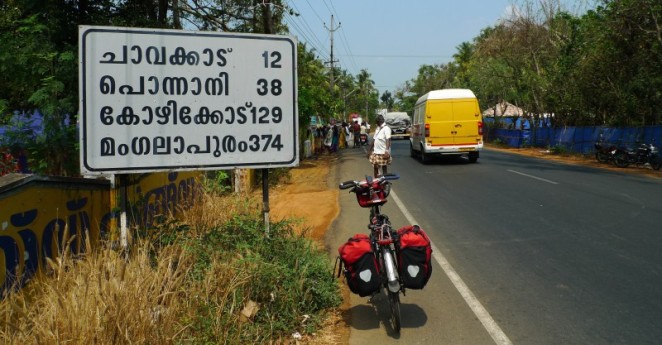 The road has been taken over by a colourful procession

The sharp rapping of their drums is very mesmerising. 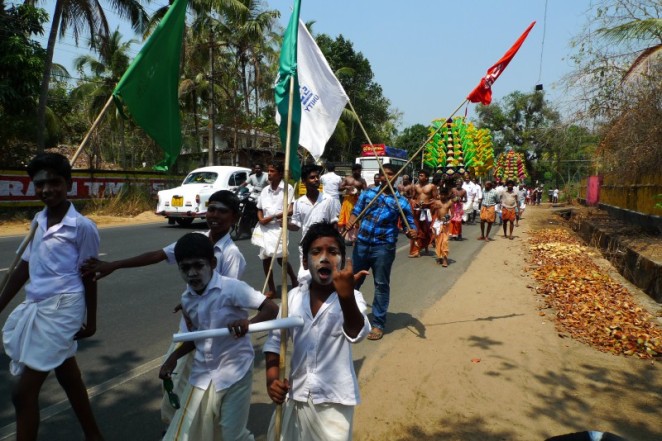 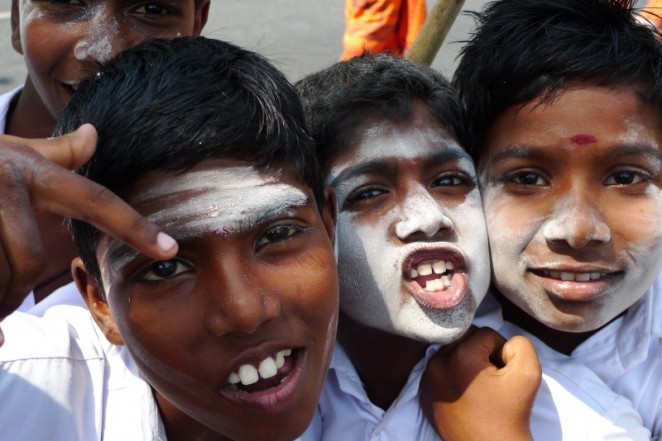 In India, it’s hard to find anyone who shies away from a camera. 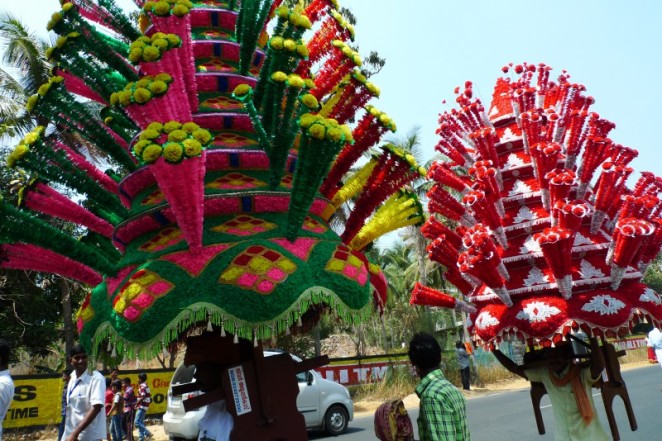 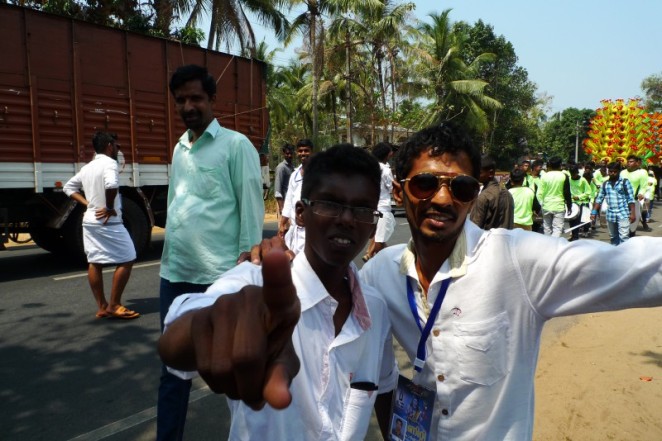 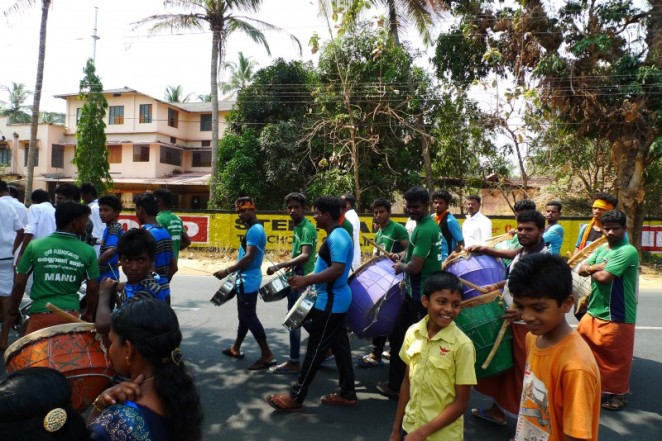 My destination today is Ponnani, but I think I’ll detour to Guruvayur for a quick look. It’s a famous temple town; we’ll see if there’s anything interesting.

Guruvayur was disappointing. Nothing much to see. This is one of their biggest temples but I don’t think they’ll allow me to push my bike in.

Just outside Guruvayur, I met Denny Abraham George and Ajith Varma, on quick 5-day-ride from Mangalore back to Cochin where they live. Gave me a few tips on where to go and what to avoid on the way to Udupi.

Ponnani is a chaotic little town. Not exactly a tourist spot, and there isn’t much choice when it comes to accommodation. Dreamland this is not. 400R, take it or leave it. I won’t show you the bathroom…

Tomorrow, I’ll check out the old part of Ponnani before heading to the big city of Calicut aka Kozhikode.