For the first time on this trip, I experienced one of the symptoms of AMS — the inability to sleep. We were at 3,500m, after all. I was tossing and turning almost the whole night; I just could not sleep.

Finally, around 5 in the morning I dozed off. It wasn’t sound sleep though. The temperature had also dropped to zero early in the morning. Manang, in reality, is cold all the time, even in the daytime outdoors.

The wind is bone-chillingly cold. It’s nice not to have to worry about taking a showers because you hardly sweat, which means no BO. Instead of a shower, I would just wipe down whatever salt residue that’s on the skin and I would feel fresh again.

We woke to a beautiful sunny day. Clear blue skies, crisp cold air and the prospect of an oxygen-depleted hike up Chhonger awaits. Half the town’s visitors who were acclimatizing all had the same thing in mind. 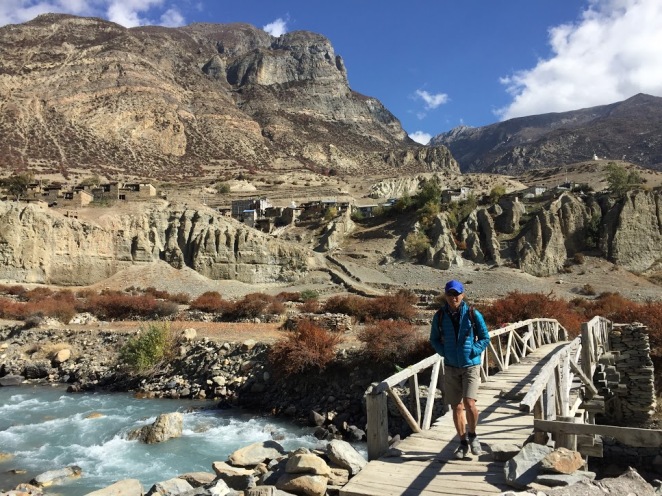 Start of the hike. Behind me a little higher up is the town of Manang. The river is the same one we’ve been following ever since we started the ride — the Marsyangdi.

On the Marsyangdi plains, as in most parts of the Himalayas, the default bovine species that call it home is the Yak, supplying the natives here with everything from fuel (as in dried dung) to milk, butter, fur and meat.

Then it’s up along a precarious ridge. On the left is where the glacier melts into a lake. This view is towards Manang. (to appreciate the grandness of this vista, click to enlarge)

Living life on the edge. It’s at least a 100m drop down the face of the sheer drop on the left. Not an option… Biking it on the other hand…

The little sliver of a trail on the right is the hiking path up Chhonger. Flowing down from Mt Gangapurna is Gangapurna Glacier, the same one that’s feeding Gangapurna Lake.

At the top of Chhonger

Looking towards the mountains

The view of Manang from Chhonger. 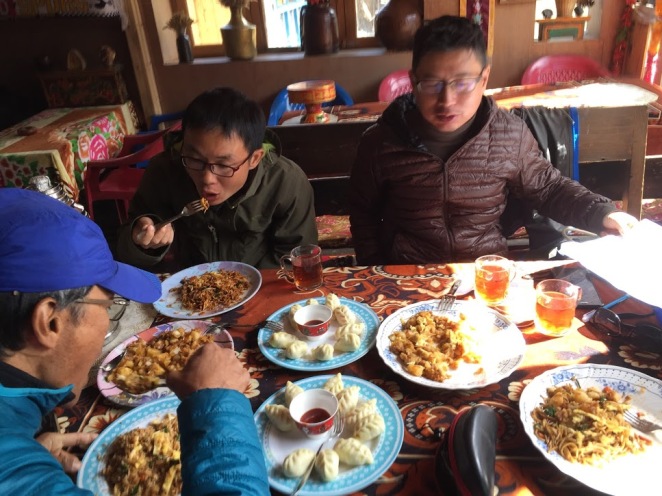 After that invigorating hike, there’s only one thing left to do — eat. We found this little gem of a vegetarian cafe called Galzeen Lodge, located not too far from the steps of the entrance path to Chhonger (ok, so we reneged on our promise to eat all our meals at North Pole, but this was just too nice a place to pass up). Everything you see here on the table was prepared from scratch, including the momos. It was worth the longish wait for the food, which was prepared solely by the lone lady proprietress. 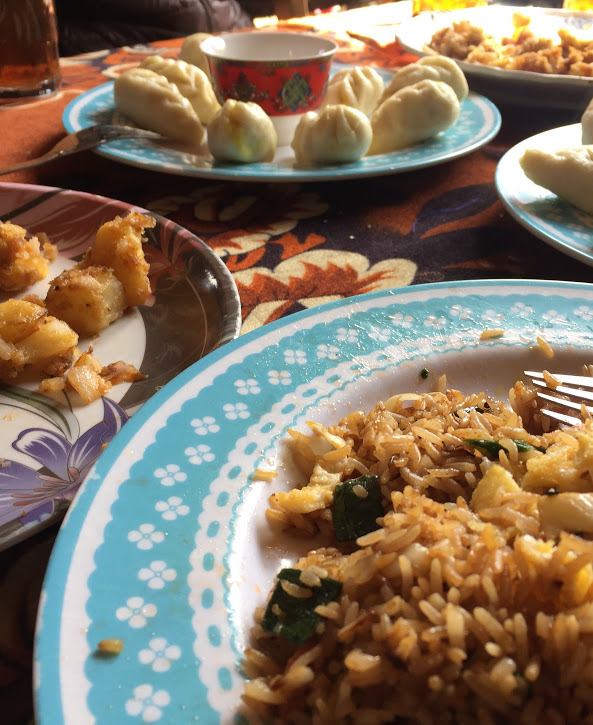 Even her menu was a delight; they were beautifully handcrafted — limited editions, no doubt (there were only 2 for use at any one time, for obvious reasons)

And very well endorsed too. Like Nicholas Cage, we too, couldn’t believe the prices for food this delicious. Highly recommended. 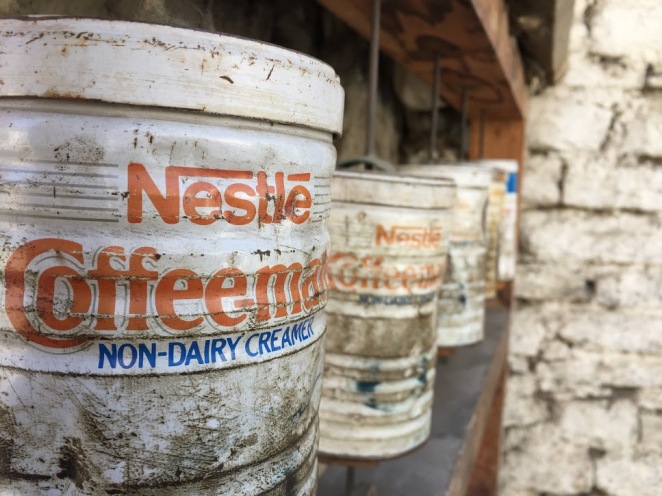