The riding was getting noticeably harder, the breathing more laboured, and the number of stops increasingly more frequent. But, the vista around us was getting increasingly more spectacular as well. Just as well too, the elements were very energy-sapping. It’s only the immense beauty surrounding us that’s keeping us going.

To get to, and leave, Tal, we had to cross a suspension bridge across the river that had been flanking us all this while. Of course, nature’s laws dictate that whatever goes down (as in yesterday’s decent into Tal) must inevitably go up. But it was early in the day, and the legs were still fresh so the push back up to the highway was manageable.

Back on the highway…we’re on the left of the river. Across, just a little higher than where we were can be seen the trek for hikers. 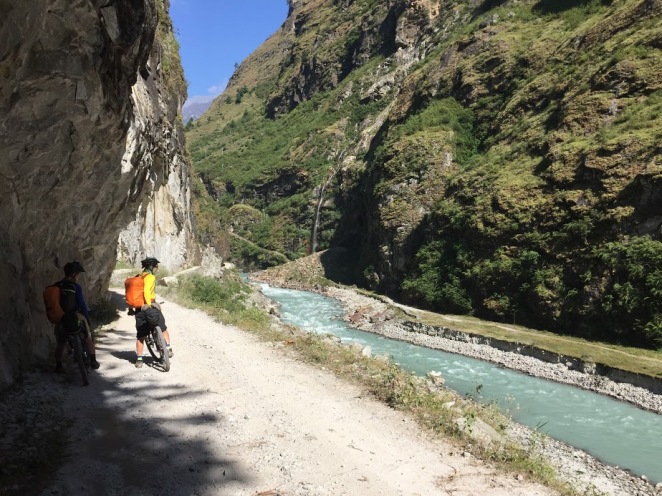 Sometimes the hiking trail would be on the same level as the river. 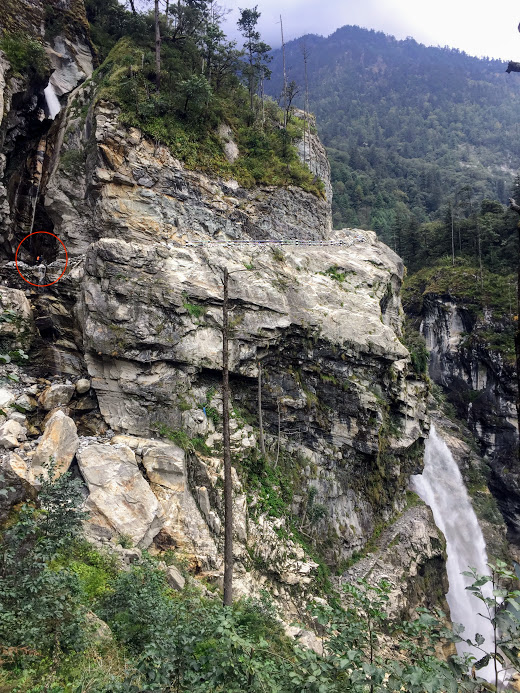 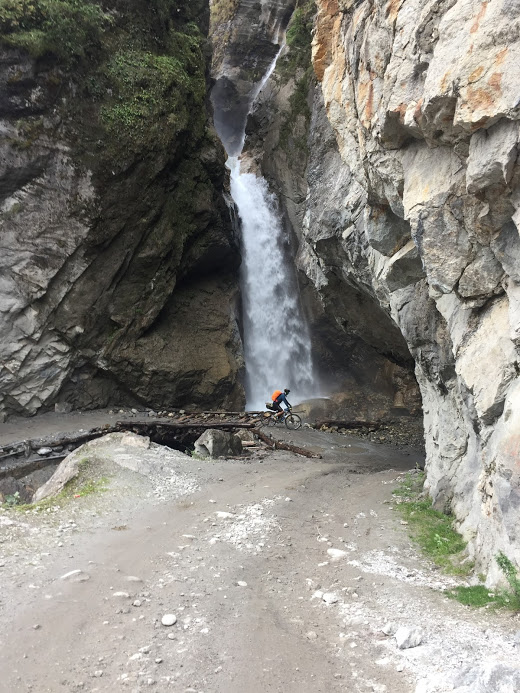 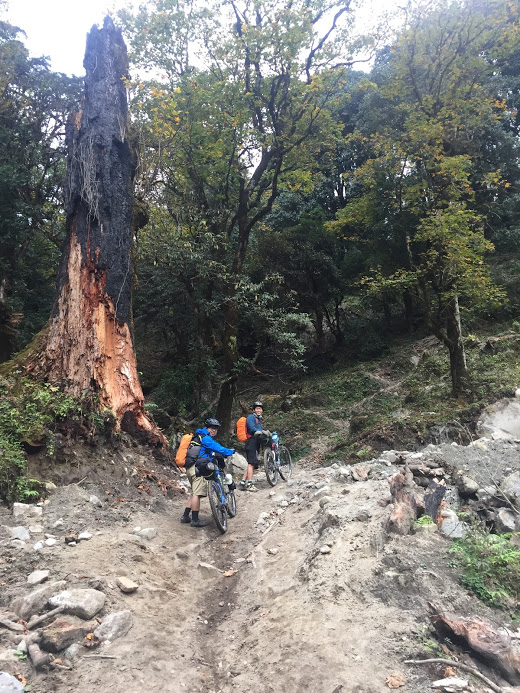 Don’t even bother trying to ride this section… 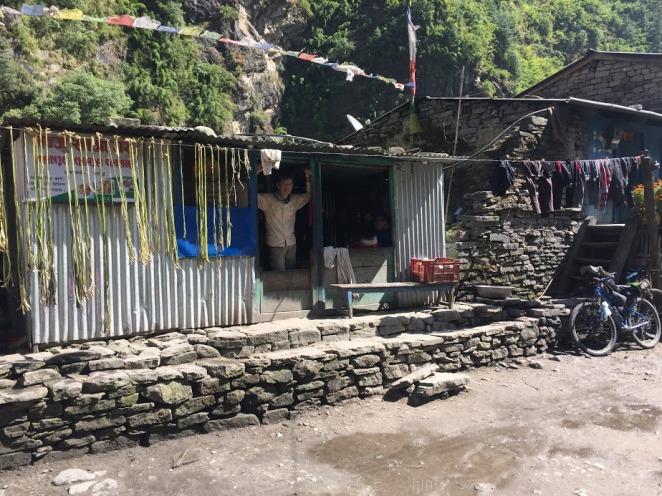 Lunch stop is wherever you are when your stomach tells you its lunchtime. 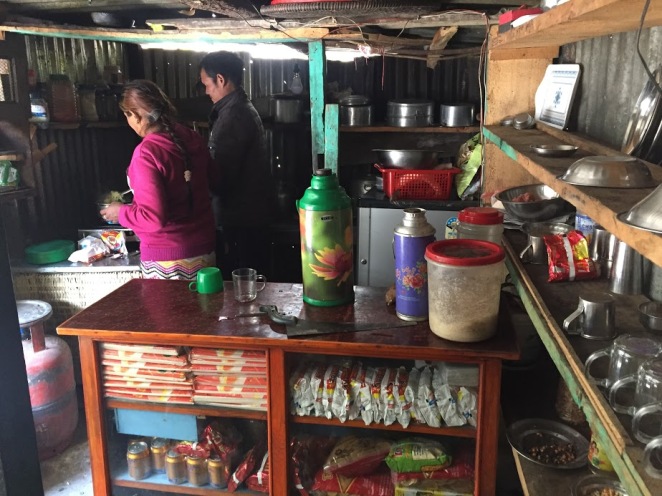 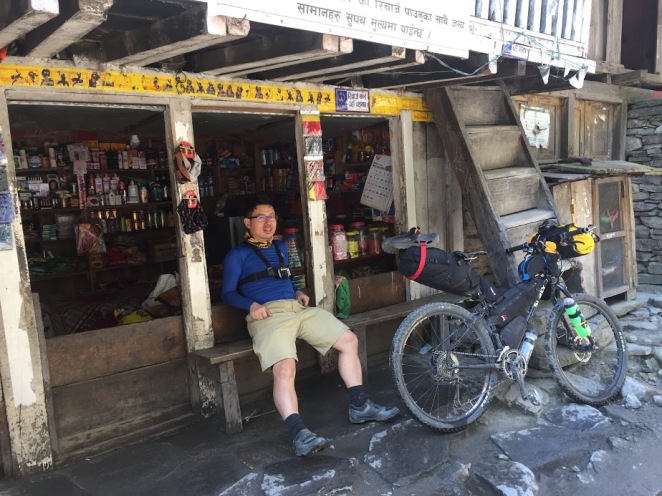 Quite hard to just ride by these highland convenience stores 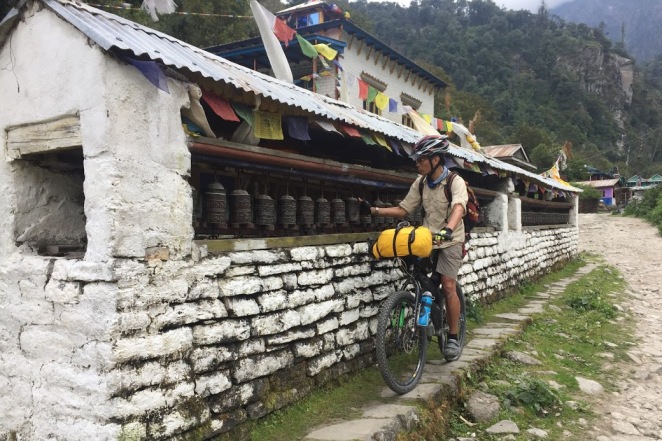 Quite hard to just ride past prayer wheels without giving them a spin as well. 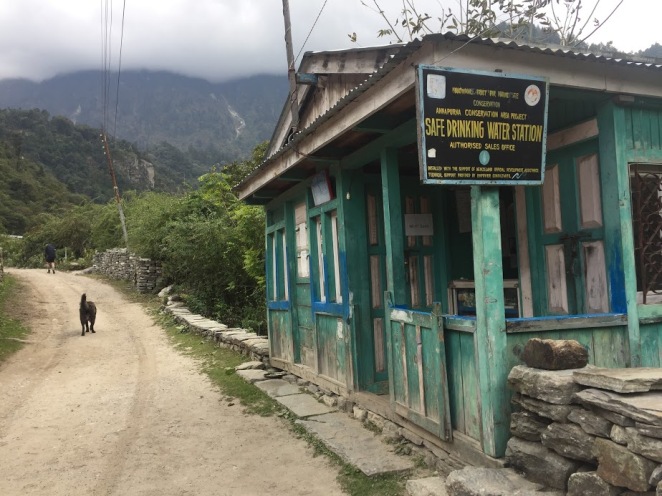 Paid water stations like this one can be found dotted along the circuit. A commendable effort by the authorities to try and cut down that scourge of mother nature — plastic bottles. 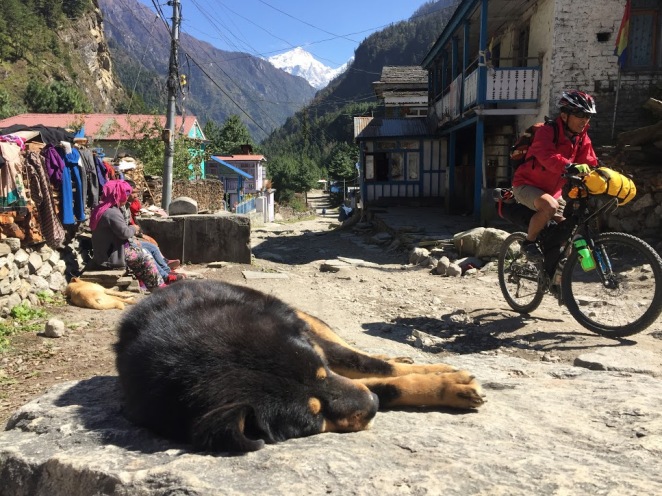 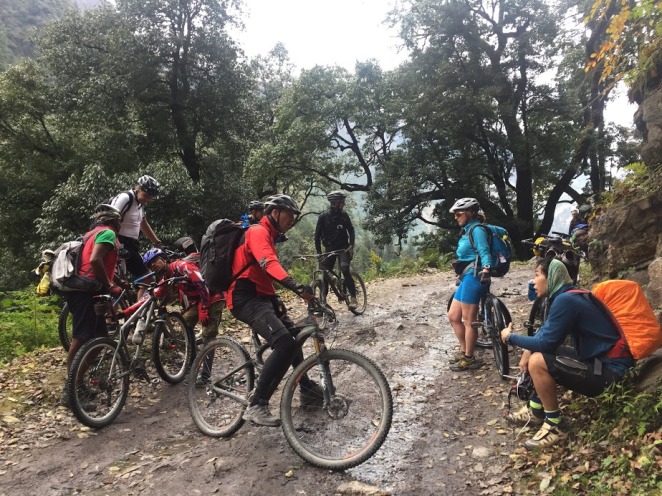 When bikers see each other coming from opposite directions… they stop to yak, of course. This is actually a gathering of 3 different groups, all coincidentally meeting at the same point… us and a German couple with a guide going up, and a group on the way down, also led by a guide. 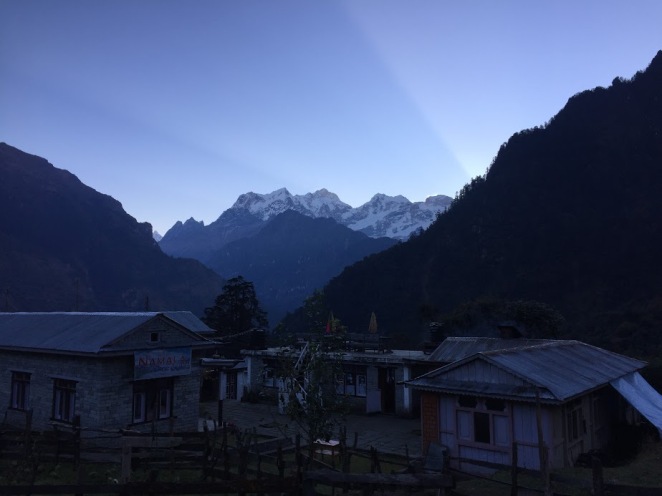 Our stop for the day, the Namala Hotel at Timang, surrounded by ice-capped mountains. It was cold, very cold. 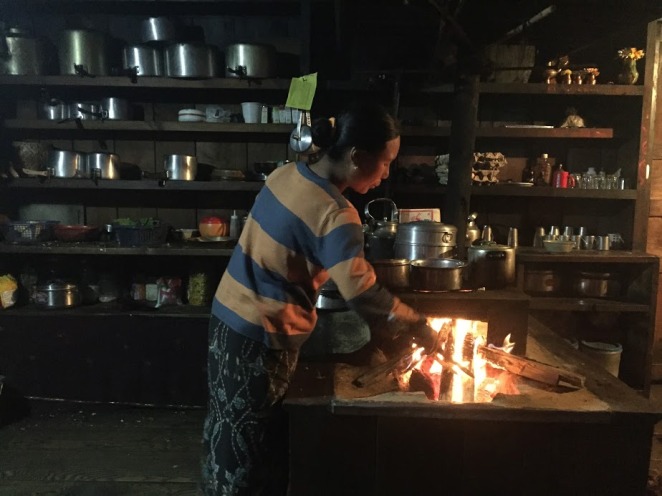 The hotel’s kitchen in full swing trying to feed a bunch of hikers and bikers. The food was pretty bland… 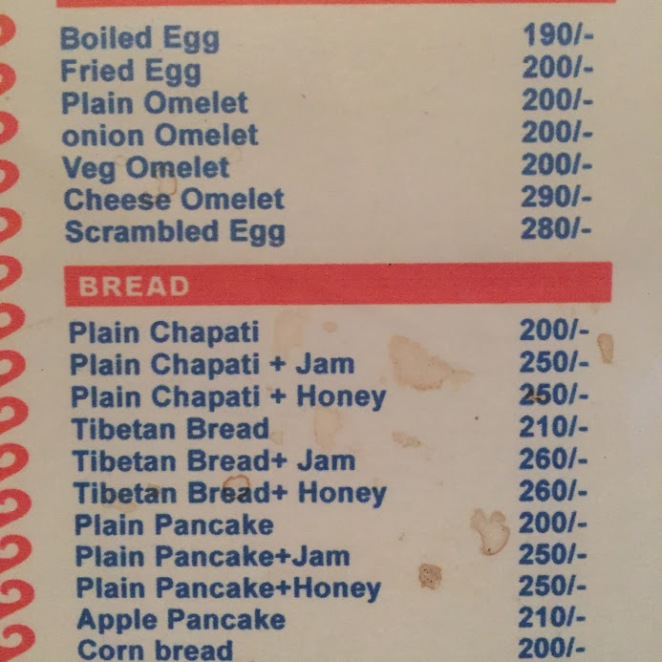 …but not the prices. A plain capati is equivalent to an eye-popping RM8.50 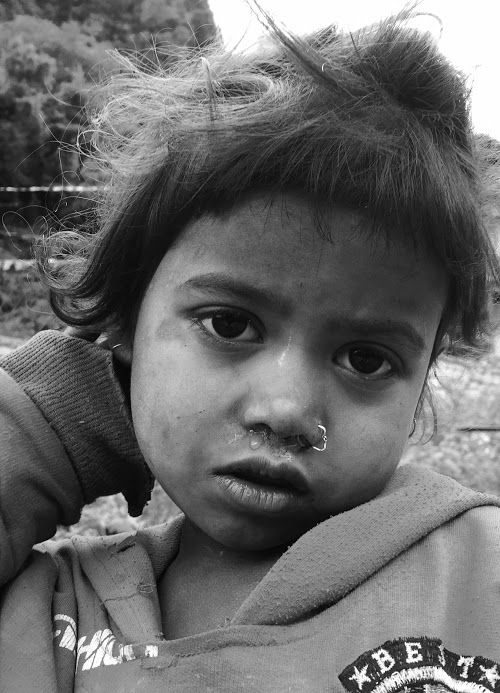 Portrait of the day