Every day, on the road, my daily interactions with the locals have always been fun, interesting and friendly. I’ve not met a single person who would turn away from my camera, until today, at breakfast …

My breakfast stop is a little ‘hotel’ just outside Kahangad. As I often do, I try to photograph the owners in their element, but the all-women crew of this little cafe, although very friendly, all refuse to let me photograph them. But I’m not about to give in; so we play hide-and-seek — I point my camera at them and they giggle like little girls and run or turn away, screaming something in Tamil.

After a few attempts, I begin to suspect they’re actually enjoying tormenting me. Even until the very last moment before I leave. 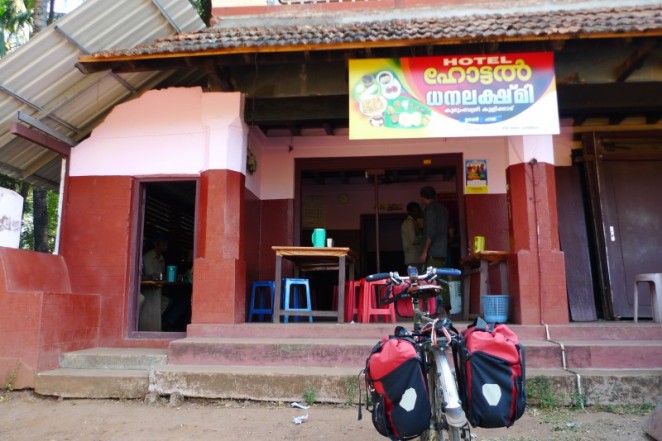 These men sitting across the table from me didn’t even blink an eyelid when I took their photos. 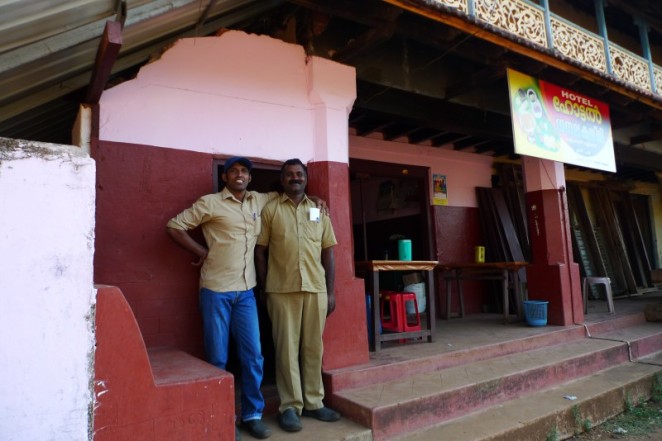 Nor did these 2, who actually asked to pose for me.

But these cafe ladies are resolute in their efforts not to be photographed. 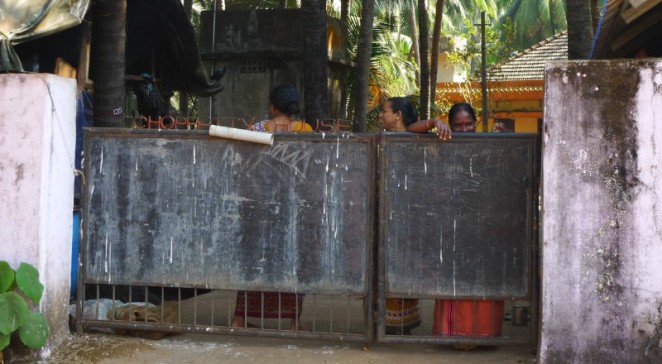 And yet, they would even wave goodbye to me as I left and tried to take that elusive shot of them. You can tell the one with the face half-hidden is having fun teasing me 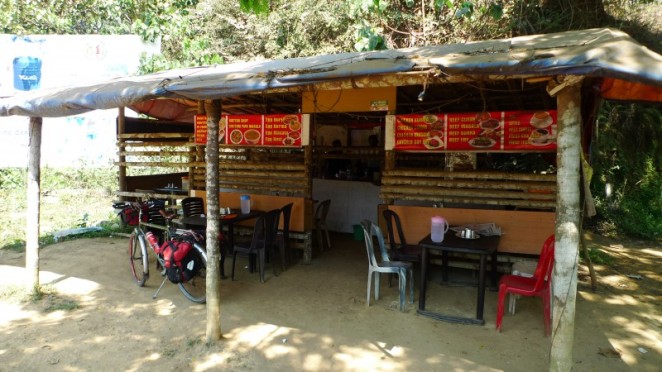 Lunch is at a little roadside cafe, constructed entirely of timber. The food is cheap and good, as expected of such eateries for the budget conscious cycle-tourer 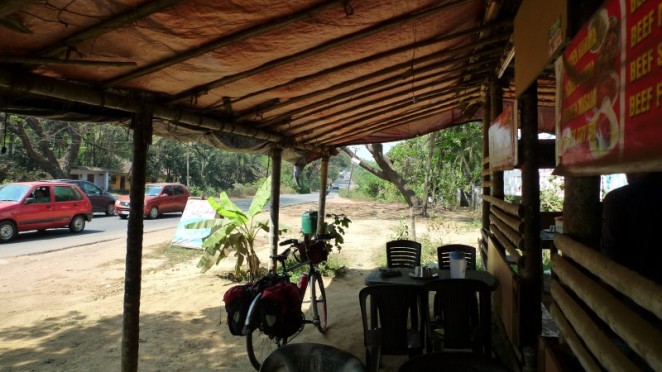 After this stretch along the coast, NH17 gets very busy. Some sections are quite bad, literally just dirt. But it looks like it’ll be smoothed over with the new highway that’s being constructed. But for now, it’s off-road riding for some kilometres until the big city of Mangalaru, the new name for Mangalore.

In busy Mangalore, I’m not too keen on riding around looking for my usual cheap Tourist Home. This ‘palace’ caught my eye so I went in to inquire. I get lucky here, bargaining the room rate down to 800R, based on the argument that I’m checking out very early in the morning. 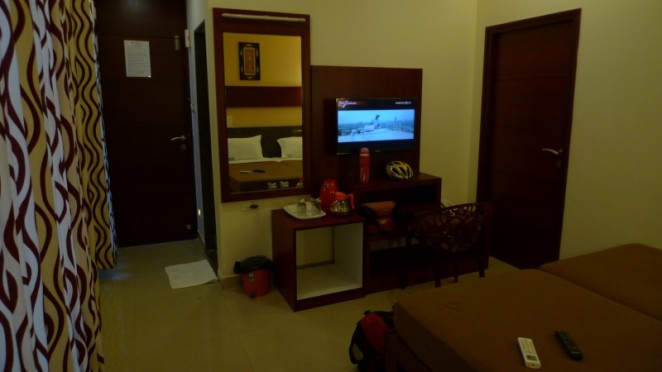 This is actually a very nice, clean and comfortable 3-star room, complete with free coffee/tea in the room, flat-screen tv (cable), air-con of course, and free wifi (but only in the lobby) 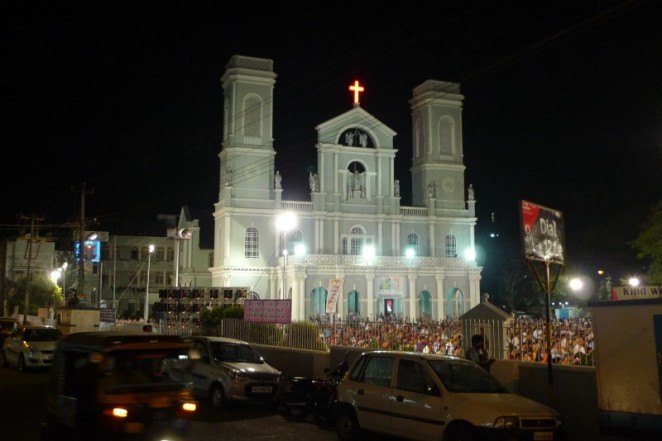 Just down the road from the hotel, I come across this huge gathering at a catholic church, a retreat of some kind. It’s not surprising, given the widespread influence of Christianity in this part of south India.

‘In English and Konkani’. Konkani is actually the official language of the state of Goa, just north of Karnataka, which I’m now in. Indo-Aryan in origins, it’s a minority language for northern Kerala and Karnataka. 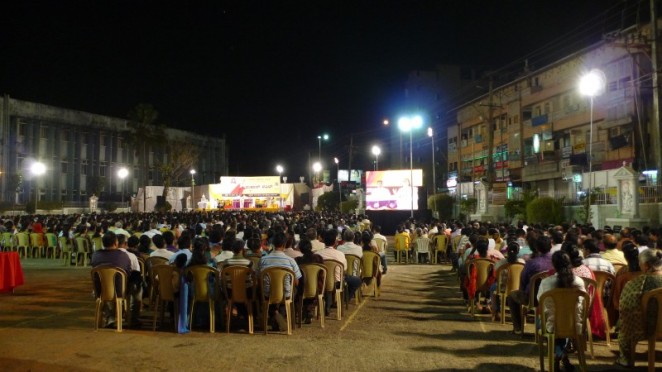 The faithful…drinking in the Word, in the cool of the night, in the open, under God’s heaven.